The Action Strategy for the public space of San Francisco neighborhood is proposed in parallel to the social improvements described in the Community Plan. It has the aim that the actions that are described in it have a comprehensive and holistic nature, understanding and addressing the urban environments as ecosystems, where all the parts that consisted of them are interconnected.

In this sense, the proposals are organized as a “masterplan”, and they attend to address all these variables, collecting the complexity of an environment like this. Ultimately, the objective is to increase the quality of life of the people who live here, improving the conditions of their physical space, especially in public environments and community spaces, facilitating everyday life and each action linked to the reproductive tasks, often forgotten by traditional urban planning.

Another of the project’s main objectives is to improve the neighbourhood’s connections, both internal and external, favouring better and more direct relations with the rest of the municipality and the surrounding territory. It is of special relevance to rethink the networks associated with mobility (vehicles, cyclists, pedestrians …), and the rest of the networks and connections, related to green networks, public services.

Action strategy for the public space

The action strategy described below aims to address numerous variables that must be developed in parallel and over time, but without forgetting the overall idea, which guarantees coherence between all of them and allows the ability to generate synergies between them.

By way of summary, we can affirm that the main intention of the project is to deploy a new urban structure, based on concrete actions, that allows to reinforce the everyday life of the neighbours, improving the living conditions of their neihgborhood’s public spaces and streets, as well as of the community buildings that comprise it.

All these wills are specified in these seven points described below:

Transform the Market Square into an active and multifunctional space, designed to attract events and diverse uses throughout the year, while improving both living and passing spaces. Its centrality, as well as the diversity of uses of the environment, invites people from different groups to use these spaces. In addition, at the mobility level, it is proposed to prohibit the passage of vehicles at this point, showing that the dominant use is that of people, preventing cars from using this axis to cross the neighbourhood in a longitudinal direction.

The San Francisco neighbourhood has the right conditions, so to apply principles similar to those known as “superblocks”. A “superblock” is a larger urban organization unit than a traditional island that provides solutions to the main mobility-related dysfunctions while improving the availability and quality of space for pedestrians. The aim of this strategy is to establish a new hierarchy of the road network, differentiating the passage of vehicles and the pedestrian priority axes.

Transform Avenue de la Primavera into the main civic axis of the neighborhood, turning the space of the old Market into a pedestrian area and thus breaking the longitudinality of the axis. In this way, this axis offers a large continuous, and quality surface, which invites you to play informally, ride a bike, and pass time. This street takes on a great relevance in the new identity of the neighborhood, so apart from the architectural proposal, It is proposed to do some kind of artistic intervention on the facades.

It is proposed to re-connect the neighborhood with its natural environment, by connecting the pedestrian spaces with the main ecological corridors of the mountains. In this way, it is possible to treat the natural landscape as a bigger public space for the people of the neighborhood, structured around the network of natural paths, which, as well as routes, are also meeting points for residents.

Connect the interior spaces of the neighborhood with quality pedestrian spaces, with platform streets designed mainly for pedestrians and bicycles, vegetation, play spaces, and activities.

Update and improve communications with Villena’s center, implementing accessible and comfortable itineraries for bicycles and pedestrians that allow residents to move more comfortably, but also invite people from other neighborhoods to visit San Francisco neighborhood.

It is proposed to convert some interior spaces of the blocks into living spaces, which can act almost as extensions of the houses, with native vegetation, play spaces, and urban furniture that facilitate socialization. It is of main importance that the architectural proposal of each one of these patios recognizes the differences between them, depending on their location, their preexistence, or the neighbours who live nearby. In this way, each community will be allowed to have its own identity, favouring the feeling of belonging to an environment and a community. 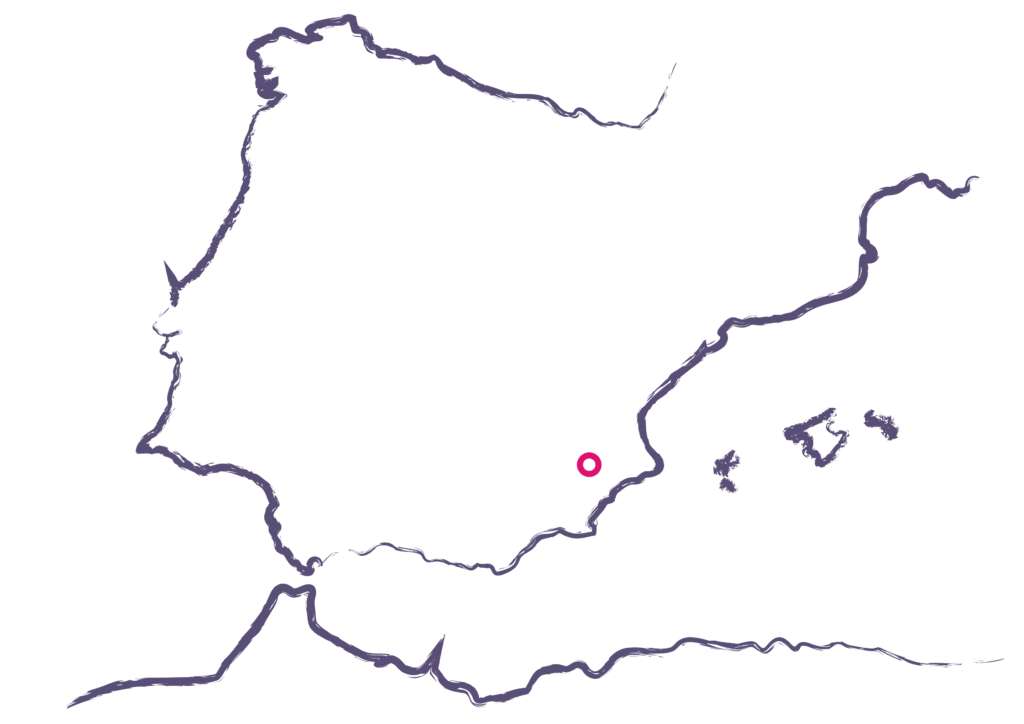 Coordination of the Strategic Plan:

Strategies for Actions in public space

and Preliminary Project for Primavera Street:

PrevPreviousManual for the implementation of “School Pathways” at Sant Boi de Llobregat
NextParticipatory budgets of the Valencian CommunityNext
This website uses cookies to obtain browsing data and the use of the page by users. You can see more information in Legal Terms.
Below, you can read more about them and choose which ones you accept and which ones you reject while you are on our website..
Cookie SettingsAcceptar-ho tot
Manage consent